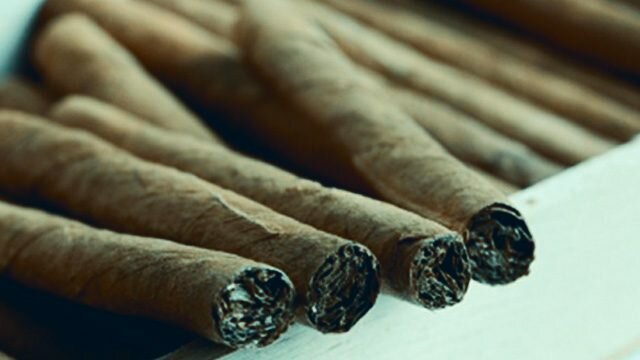 For the past few days, I have been feeling a bit down about vaping. I have tested a great deal of new e-liquids recently, with many of them ranging in quality from bad to mediocre. So, maybe the problem was that I was devoting too much vaping time to e-liquids that werent very good. Usually, after I review an e-liquid I dont care for, I start to feel better immediately after returning to one of my usual standbys. Lately, though, my daily vape hasnt been doing it for me. I must confess that there was even a point when I considered buying a pack of cigarettes and I have been completely smoke-free for about two years. So, if youre a full-time e-cigarette user and you’ve ever felt that way, know that you arent alone.

Although my experiences with Intellicig have been quite positive, I had such a case of the blahs when I picked up Intellicigs RiZe Flue Cured Tobacco that I really wasnt expecting it to change my outlook. One puff of this e-liquid, though, and I suddenly felt as excited about e-cigarettes as I was when I first used them to stop smoking. Its that good.

Flue curing is a common way of processing tobacco in the United States, and many of your standard Virginia tobacco cigarettes such as Marlboro and Winston contain this type of tobacco. Since Marlboro is far and away the most popular cigarette in the world, just about every e-liquid company has something with a flue-cured tobacco flavor. However, few do it right; since when have you ever had a Marlboro cigarette that tasted like honey or caramel? Sure, a good tobacco often has a bit of sweetness, but its way in the background. Rich, smoky and savory flavors should be in the forefront, and Intellicigs Flue Cured Tobacco actually gets that right.

Intellicigs Flue Cured Tobacco is a viscous all-vegetable glycerin e-liquid with massive vapor production and throat hit that absolutely blew me away with the first puff amazing for a 16 mg e-liquid. On the inhale, I get a bright Virginia tobacco flavor along with a note of popcorn and what I believe is the slightly ashy flavor of tobacco absolute. I was first introduced to tobacco absolute when I wrote my Virgin Vapor Organic Tobacco review, and I wasnt much of a fan. I learned that on its own, tobacco absolute doesnt taste much like tobacco; it tastes like an ashtray. For Flue Cured Tobacco e-liquid, though, Intellicig has judiciously used just the smallest amount of that flavor with a selection of other flavors that highlight the grassy brightness of Virginia tobacco. On the exhale, I can taste a slightly sweet note resembling cotton candy under the strong nicotine tingle.

This Flue Cured Tobacco e-liquid is every bit as good as Halo Freedom Juice my all-time favorite tobacco e-liquid but in a different way. Freedom Juice is dark and spicy. These flavor notes demand a fairly strong application of sweetness for balance, resulting in a rich flavor resembling Turkish tobacco. Intellicigs Flue Cured Tobacco is entirely different; it is a bright Virginia tobacco flavor through and through, and it is an excellent choice if you are looking for an e-liquid that can stand up to a Marlboro or Winston.