Django is one of the latest flavors from 13th Floor Elevapors. This e-liquid has been receiving raving reviews since it first hit the market last year. When you look at the main flavors in Django – tobacco, caramel, and vanilla – you may immediately think that this blend would taste like the RY4 flavor profile, but that could not be further from the case. 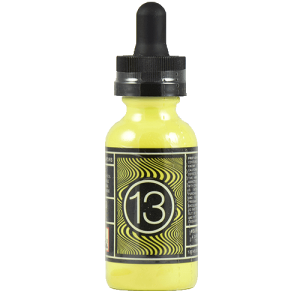 Somehow, 13th Floor Elevapors have been able to take the same ingredients used to make the iconic RY4 and whip up something entirely unique. Django is one of those e-liquids that every vaper needs in their collection – particularly if you are into tobacco or sweet blends. I have yet to find a reviewer who has not had positive things to say about this e-juice from 13th Floor Elevapors.

Django has a distinctive, chewy caramel taste. It also contains flue cured Kentucky tobacco and vanilla milk flavor. When you take the lid off this e-liquid, it smells very much like caramel and tobacco. On the inhale, you get the sweet caramel flavor. The tobacco flavor is more in the background. You get the milky vanilla flavor more on the exhale. Overall, Django is an excellent blend. It is neither too sweet or too bitter. It is safe to say that 13th Floor Elevapors hit the mark with this one. This is an e-juice that you can enjoy vaping all day. The taste is the same whether you’re dripping or vaping it from a sub ohm tank.

Django is available with 0mg, 3mg, 6mg, and 12mg of nicotine. The throat hit from the version of this e-juice with 12mg is very strong. If you are not a heavy smoker and you are not used to such high nicotine levels, it is advisable to stick with a lower nicotine concentration. About 3mg of nicotine is sufficient to give most vapers their desired buzz.

13th Floor Elevapor’s Django has a vegetable glycerin (VG) and propylene glycol (PG) ratio of 70/30. Therefore, you can be guaranteed that it has a thick texture. The e-liquid has the color of ice tea, so it most likely has been steeped before being shipped. Django has amazing cloud production. You may be stunned by how much vapor you get from each hit off this.

Django comes in a beautiful yellow bottle. There is a label on the bottle with the usual 13th Floor Elevapors design 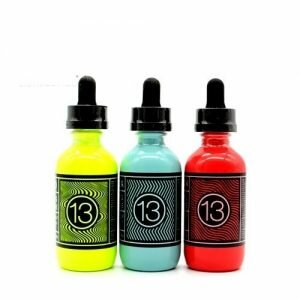 Bermuda has champagne and granny smith apple flavor while Bermuda tastes like a milkshake and blueberry muffin. Both e-liquids are quite good.

13th Floor Elevapors is a California-based maker of premium vape e-liquids. The company’s name is inspired by the 90s psychedelic rock band 13th Floor Elevators. Django, Bermuda, and Levitation are the only three e-juice blends that the company currently has on the market. Django could easily be 13th Floor  Elevapor’s best selling e-liquid. It has been recognized as one of the best tobacco e-juice blends released in 2016. If you love tobacco-based e-liquids, take advantage of this deal to grab a bottle of Django today, and you’ll be impressed.

Check out for  http://vapejuicedeals.com/ some more unbelievable deals on e-liquids.